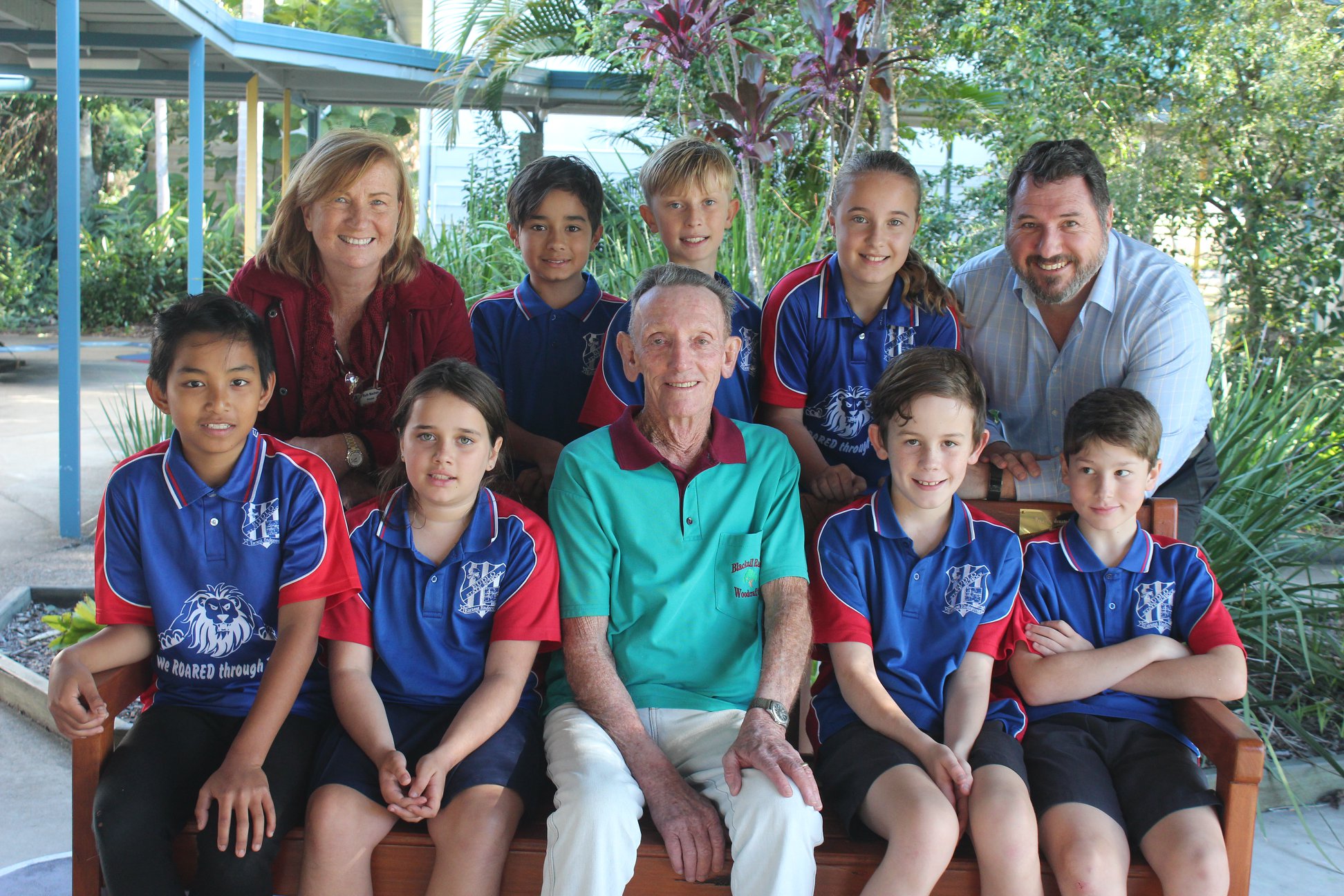 Member for Glass House, Andrew Powell, was thrilled to donate a ‘Buddy Bench’ to Eudlo State School this week, in partnership with the Blackall Range Woodcrafters Guild.

“The buddy bench is a simple idea to help eliminate loneliness and foster friendship in the playground. I believe it’s important to spread the message of inclusion and kindness and I want to help local schools achieve this.”

After approaching the Blackall Range Woodies with the idea, construction began almost immediately. Led by John Holland, the bench was constructed from blue gum timber sourced locally from the Peachester Sawmill. Mr Powell covered the expenses involved in building the bench.

“The Woodies loved the idea of a buddy bench and were more than willing to be a part of the project. Eudlo State School were also on board as soon as the idea was suggested. I love the fact that our community groups in the Glass House electorate are so eager to help each other out.”

Buddy benches operate as a signal to and from kids in the playground. If someone is feeling lonely or left out they go and sit on the buddy bench, which in turn indicates to other kids that they should consider asking whoever is on the bench to join them.

“Kids can be awkward and shy, so the buddy bench is intended to help kids communicate non-verbally that they are in need of a friend.”

“Eudlo State School is a small, close knit community, and I’m confident the bench will help them become even closer and more caring of each other.”

Having received positive feedback from previously donated buddy benches to Elimbah and Mooloolah Valley State Schools, confidence in use of the new Eudlo bench is high.

“But the buddy benches don’t stop here! I am currently working with other schools and Men’s Sheds in the electorate to deliver more buddy benches, so watch this space,” Mr Powell concluded.