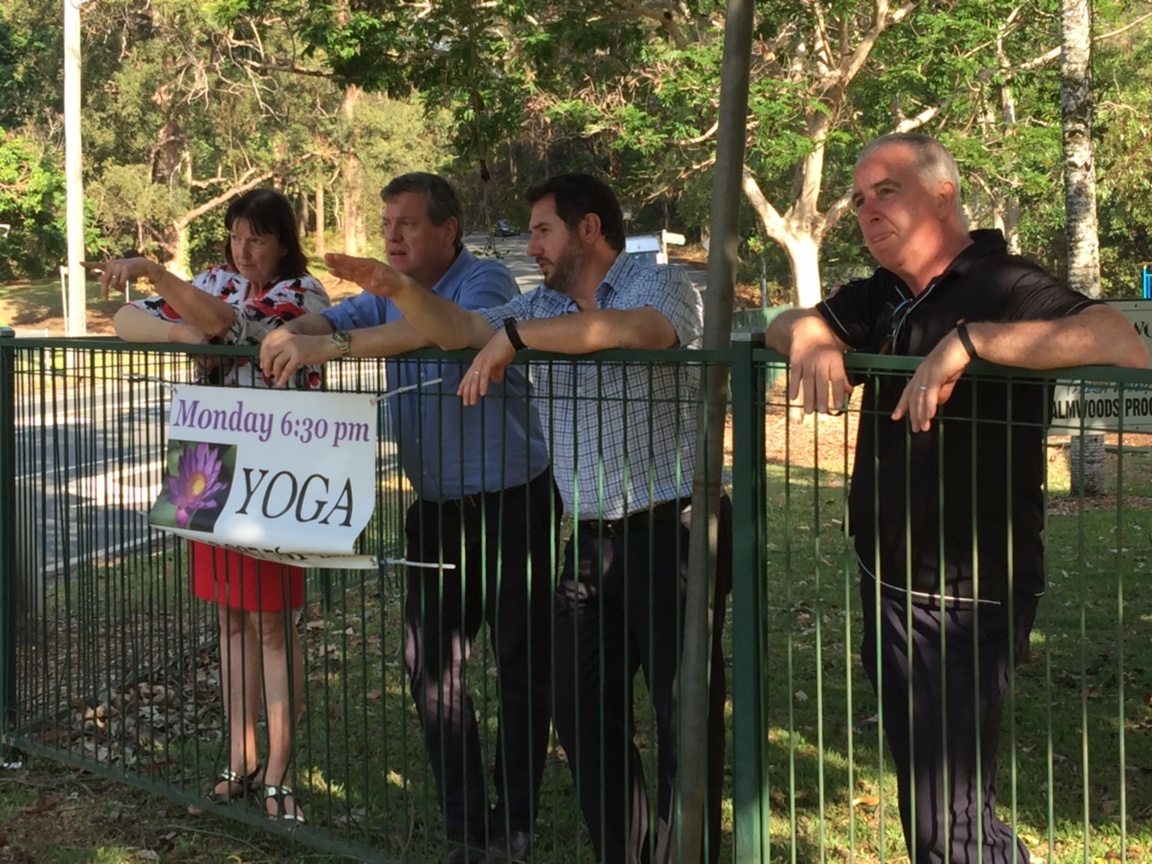 6 December 2016
Member for Glass House, Andrew Powell MP, yesterday welcomed Tim Nicholls MP, Leader of the Opposition and Shadow Minister for Arts and Major Events, to the Glass House electorate to showcase some recent achievements, outline the issues Mr Powell is fighting for and allow Mr Nicholls to spend some time with locals from all corners of the electorate.

Mr Nicholls joined Mr Powell in his commitment to get out and about listening to locals.  After spending the morning in the southern end of the electorate they met at the site of the proposed Maleny Indoor Aquatic Centre and new Drop ‘n Go at the Maleny State School.

Mr Nicholls was pleased to be briefed on the recent announcement of an in-principle agreement with the Education Department for some of the school land to be used for this long sought after project.

“It’s was pretty clear to me how passionate the community is to have a new indoor aquatic centre that can be used all year round”, Mr Nicholls said.

“Mr Powell has long campaigned for improved set down and pick up facilities for Maleny State School students, so it is encouraging that these improvements will also be part of the project”, Mr Nicholls added.

Following a community afternoon tea in Montville attended by almost 50 locals and community members, the tour continued on to Palmwoods to inspect the intersection at Jubilee Drive, Chevallum Road and Woombye Palmwoods Road.

“This intersection is a nightmare for those who use it on a regular basis and while the rail duplication would ultimately solve the issue we all know that is a long way off under the current Government.”

“In the meantime, a solution needs to be found to improve the associated risks at this intersection and it was important for me to show Tim, first-hand, the blatantly obvious problems”, Mr Powell said.

“I appreciate Tim taking the time to meet with residents of Glass House and listening to the issues that are important to us”, Mr Powell concluded.
#Powell4GlassHouse
[ENDS] 6 December 2016