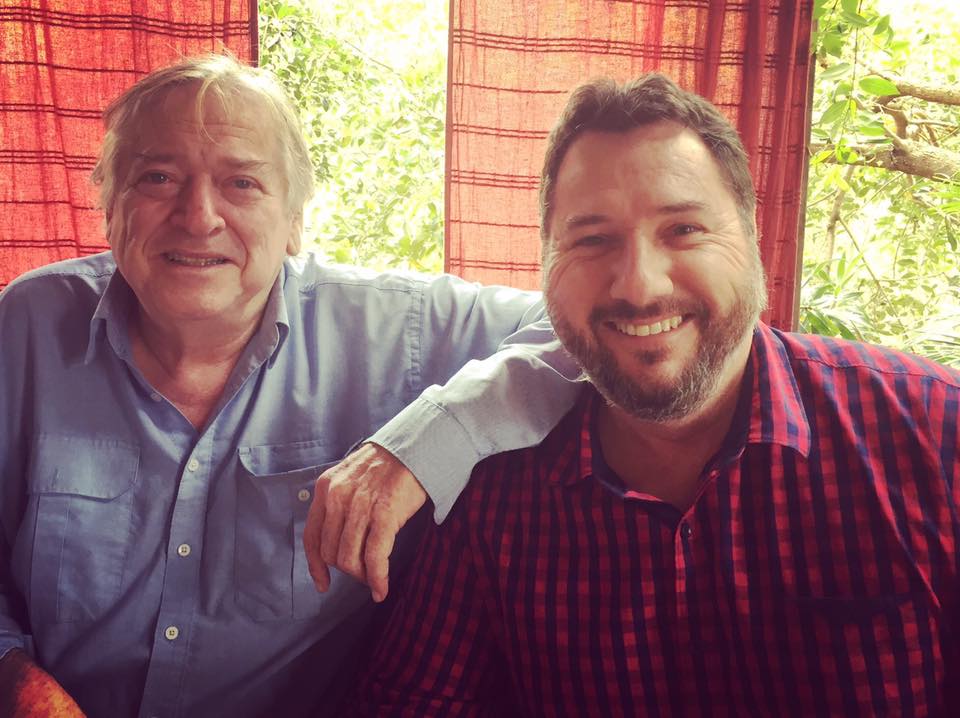 Great to see the Department of Transport and Main Roads (TMR) maintenance contractor undertaking bitumen resurfacing works on Maleny-Kenilworth Road approaching Witta Road.  I know this is only a very small part of a much bigger problem.  Many of you would be familiar with my annual walk along this stretch of road – some have even called it a political stunt.  And you know what, they are right, and I make no apologies for that.  This is just one way of showing the community and the government of the day, regardless of which political persuasion, I have not given up the fight to fix this road once and for all.  I will stop at nothing to get a funding commitment from TMR and will continue to update you as further works are done.

On Tuesday I travelled to the Gaven electorate where my colleague Sid Cramp and I launched a petition to improve safety measures for emergency vehicles exiting the Nerang Fire Station.  We also discussed other transport and road concerns within the Gaven electorate.

It took some organising but on Wednesday we managed to have three levels of government in the same place at the same time!  In attendance were Ted O’Brien, Andrew Wallace, Fiona Simpson, Glen Elmes, Steve Dickson, Jarrod Bleijie, Noosa Shire Council Mayor Tony Wellington, Deputy Mayor Frank Wilkie, and Mark McArdle on the phone, and we discussed future plans that will benefit the Sunshine Coast.

It’s tradition in November each year that I catch up with my mate Bill Hauritz to check everything is on track for another brilliant Woodford Folk Festival so on Thursday I was thrilled to chat to Bill about what to expect this year.  It is set to be as sensational as ever so get your tickets now – it’s going to be a ripper!

My “Arty Day” continued on Thursday when I met with renowned Queensland visual artist Tom McAulay and Tony Gill of Art on Cairncross fame. We really are very spoilt in the Hinterland!

My Friday began with Rowena Crouch from the Mt Mee Historical Society who used an Anzac Centenary Queensland Grant to work with students from Mt Mee State School and research locals who served in WWI. The product of their endeavours – “Mt Mee Anzacs” – was launched.  Congratulations to Rowena and the kids from Mt Mee.

Also on Friday I was excited to announce, along with Cr Jenny McKay, that the Education Department has provided an in-principle agreement to a new Indoor Aquatic Centre and “Drop n Go” being built on the Maleny State School lower oval.  The announcement follows a lengthy and exhaustive process that explored all options for the siting of a new pool and improved school drop-off facilities and involved considerable consultation with the broader community and the Maleny State School P&C and staff.  I’ll keep you updated as things progress however in the meantime please see my media release for further details.

On Friday evening I enjoyed my first Christmas drinks and the first “Merry Christmas” for 2016 at the Maleny Community Centre with current President Phil, former President Heather and the team.

On Saturday I travelled to Cairns for Shadow Cabinet.  Great to be in Far North Queensland, listening to the local government, transport and main roads concerns of locals.

I spent a good part of last week traveling to the regions that were effected by Tropical Cyclone Debbie in my capacity as Shadow Minister for Local Government, Transport and Main...