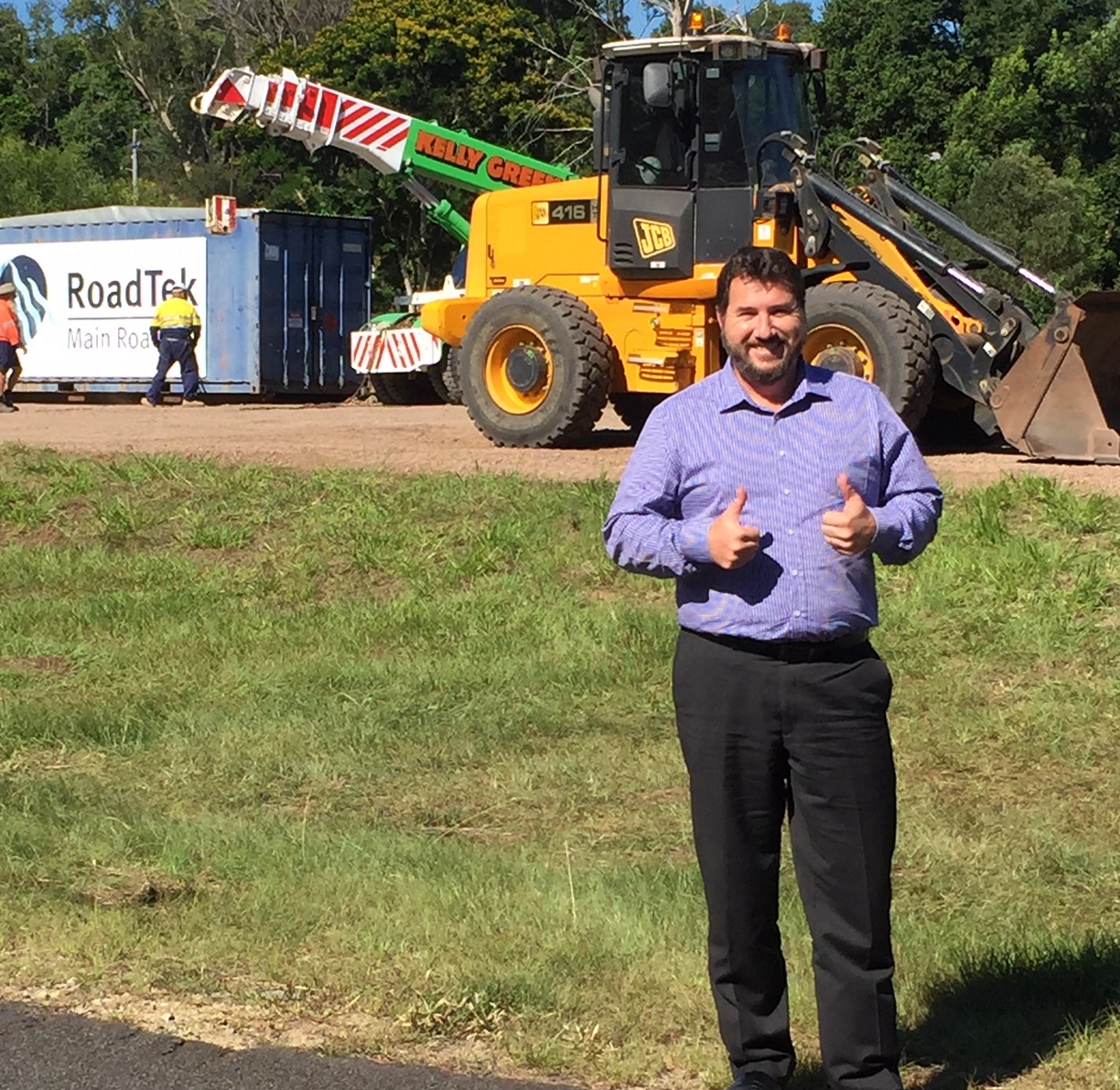 [codepeople-post-map]People power really does exist and it does work and the Member for Glass House has seen first-hand that a community banded together for a common goal can even achieve a set of traffic lights in their community.

Andrew Powell has been fighting for seven years to have traffic improvements made to the Reed Street and Steve Irwin Way intersection so news that the project is finally under construction, twelve months after he announced it, is a great achievement.

“It was such a thrill for me to announce delivery of this project in December 2014 so to see it delayed this last twelve months has been very frustrating.

“Convincing the Government that we needed this set of lights was a team effort. I did my part but it wouldn’t have been so successful without the strong support campaign waged by so many individuals and businesses in the Glasshouse community.

“I know most of our drivers exercise caution and care at this intersection which has avoided any major traffic incidents in the last few years. But we shouldn’t have the fear of putting our lives at risk when using this intersection so many times a day.

“Traffic signals will not only make this intersection safer but it will also assist in managing traffic flow at peak times when we know queues can build back to the rail bridge.

This project has been on Mr Powell’s Fighting for Glass House list for seven years. Work on the site has now commenced and is due to take three to four months to complete, weather permitting.

“I thank the community for their patience while waiting for the construction to start and urge you to take care over the coming months while this work is underway.”

17 May 2017 Member for Glass House, Andrew Powell, is confident the announcement of the LNP’s red tape reduction policy this week will make it easier for businesses in Glass...