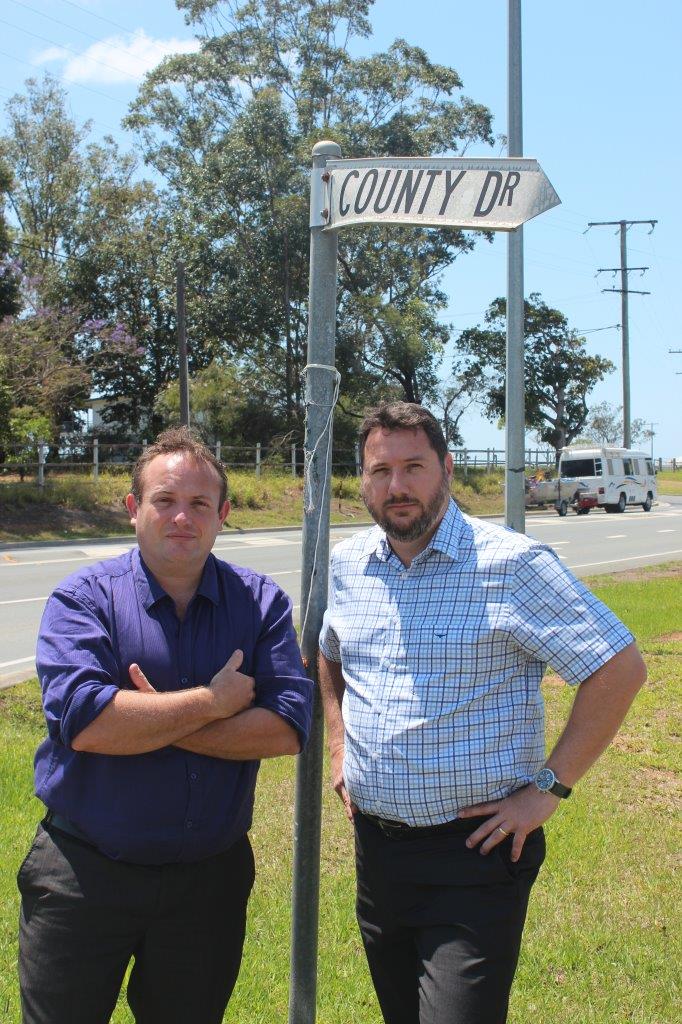 It is not often that a local Member is approached to reduce a speed limit on a local road, but the Wamuran community have been demanding action to reduce the speed near Rangeview Estate for too long and are tired of the excuses given by the Department of Transport and Main Roads (TMR).

Member for Glass House, Andrew Powell MP, has joined their pleas for help and has again written to the Minister for Main Roads asking that this be given upmost priority before lives are lost.

“We know the entrance to County Drive in Wamuran has long been a source of concern for residents but with population growth in this area, we can’t continue to compromise the safety of Wamuran residents.

Councillor for the area, Adrian Raedel, is also strongly in favour of a speed reduction in this area.

“It doesn’t matter where I go, whether I’m at the monthly Wamuran Sports Dinner or at a mobile office, people continue to bring up the need to address safety concerns at County Drive.

“It is not uncommon to see seven or more cars backed up along County Drive at peak times trying to get onto the Highway.  Safety is a real issue and it shouldn’t take a fatal accident to make changes when the community is calling for them.” Cr Raedel stated.

Mr Powell is calling on the Government to shift the 80km/hr zone on the D’Aguilar Highway from outside the Vet to east of the County Drive/Turnbull Drive intersections – a distance of less than a kilometre.

“I acknowledge the recent news that TMR are making changes to the entrance to the Wamuran township, something I have been working on for many years.

“But TMR needs to go one step further and reduce the speed on either side of the County Drive intersection before it’s too late.  Using the excuse that there have not been enough accidents just doesn’t cut it anymore.  I don’t want any accidents. I don’t want any unnecessary deaths.

“This is one of the most important issues affecting the Wamuran community and they have my commitment that I will do what I can to fight to see changes made.”