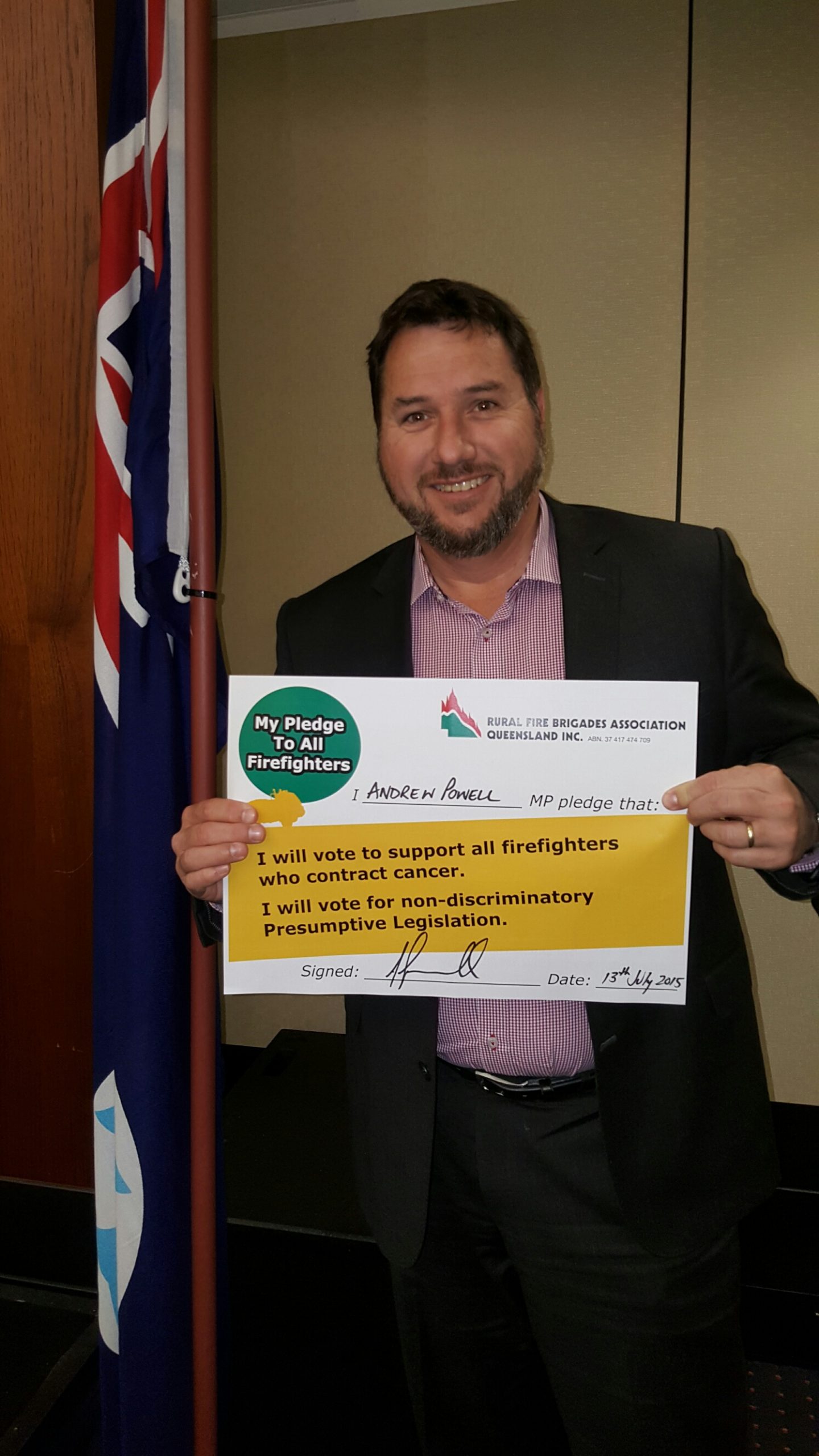 Firefighters across Queensland are one step closer to getting a fair deal after Labor MP’s on the Finance and Administration Committee endorsed the LNP’s workers compensation policy.

The committee’s report on the Workers’ Compensation and Rehabilitation and Other Legislation Amendment Bill 2015 recommended Labor scraps its proposed discriminatory fire quota on volunteer firefighters.

Member for Glass House, Andrew Powell MP was thrilled at the news and said he knew plenty of firies in his electorate who would be ecstatic to hear this battle had been won.

“So many firies in Glass House have expressed their complete and utter disappointment on what was being proposed by the Labor Government so this news has been welcomed by these hardworking individuals and their families.

“Labor’s proposal was unfair and discriminated against volunteer firefighters and we are glad to see the committee saw sense and supported the LNP’s position,” Mr Powell said.

The committee admitted Labor’s proposal to force volunteer firefighters to attend 150 fires before being eligible to receive compensation if they contract cancer was not based on scientific evidence.

“In stark contrast, the LNP’s proposal ensured Queensland’s hard-working firefighters, regardless of pay status or the colour of their fire truck, received the same workers compensation support.”

“We urge Labor to rise above politics and ensure the 36,000 volunteer firefighters in Queensland get a fair deal.”

“This will make the process so much easier and is the least we can do for these selfless men and women who put their lives at risk every day to protect our communities.”