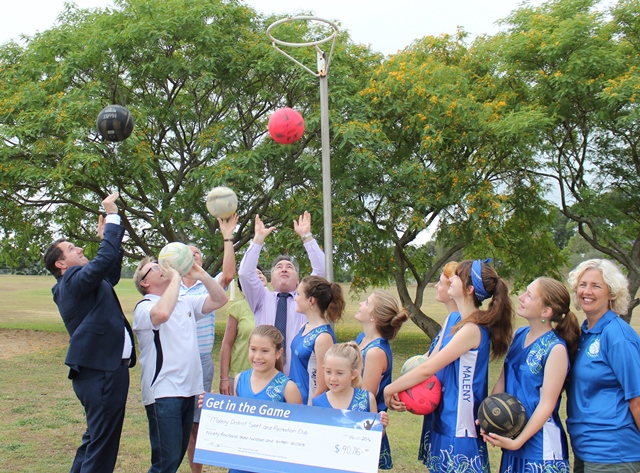 Pressure from the Opposition has seen the Palaszczuk-Gordon Government re-commit to the hugely popular Get in the Game program.

Member for Glass House Andrew Powell MP said the previous LNP Government had committed $68 million for the state-wide plan and up until now, Labor had been refusing to follow through with the funding.

“Local clubs in Glass House can breathe a sigh of relief after the Labor Government has listened to the LNP and guaranteed funding for another three years,” he said.

“It is disappointing it has taken this long for Labor to commit to the LNP’s Get in the Game plan, demonstrating another example of a struggling government with no plan of its own.

“Funding for local sport clubs is vital for clubs to address key infrastructure costs and essential needs such as lighting and field upgrades,” Ms Stuckey said.

“Registration subsidies for struggling families made the difference between their children playing sport or being left sitting on the sidelines.

“Many of our local clubs operate on a shoestring budget, and if this initiative did not continue, countless Queensland families will lose out.

“Hundreds of clubs have benefited from the ‘Get in the Game’ program implemented by the LNP and we hope many more will continue to benefit from the program.”